“My Work Is ahead of Me”: a conversation with ex-Muslim activist Iman Willoughby

Iman Willoughby is an ex-Muslim atheist dedicated to speaking out about the misogyny in her home country, Saudi Arabia, and supporting women who have suffered sexual assault. (For more resources for ex-Muslims, be sure to check out the Council of Ex-Muslims.) An assault survivor herself, Willoughby hopes to bring her assailant to justice in an upcoming trial in Canada in January. She has written about her experience in two blogs, Time for Me to Talk and Time for Me to Live; she also has an Indiegogo campaign to help pay for her legal costs (donate here to support her!). Secular Woman welcomed Willoughby last week as a new member; she tells her story here.

SW: You studied medicine in Saudi Arabia before coming to Canada. What was that like for you as a woman?

IW: Surprisingly, it’s not forbidden for women to study medicine, but the interview process and process we have to go through to get into practicing medicine is extremely hard. The seven years of schooling we go through are brutal. I was kicked out of numerous lectures because my face or hair were showing; they’d fail us for silly things. At the end of the program there  were 14 girls for 300 or 400 boys, so that demonstrates the disparity.

There’s a strange pattern back home where the majority of physicians, the people of science, are very religious. Once you go into the private sector it seems hard for women but I can tell you from living there that it’s very difficult to get a job and stay in that job because then you have to face harassment by male consultants, by male seniors––you have to face a lot of issues and in the end it wears you down. There are other sectors where women are completely forbidden: government, for example; there are some female lawyers but I don’t know where they’re getting their education; many scientific fields are no-nos for women; you can’t be police officer.

Most assaults are not reported, and those that are are not advertised. Out of ten women in my medical school, maybe seven were assaulted or there was incest.

SW: You came to work in Canada and were assaulted during your second year of training, by a Saudi man. What happened at that point?

IW: I did go to the police but I hadn’t immigrated at that point. Being here on a worker’s permit, yes, I’m on Canadian soil, yes, there are freedoms here, laws here, but my existence in Canada was given to me by the Saudis. Because I was being funded, and funding is huge (Canada wouldn’t have me here if Saudi wasn’t paying my salary), my primary concern was the reaction I was going to get from the Saudis. A normal human being would immediately go to the police, but when you come from a place like where I come from you have to sit and think, and that’s what I did. I tried to figure out how I could prevent a crisis from leading me into another crisis. Because I did that, I was ridiculed. When I finally reached a point where I was near-suicidal I went to the police, and within two weeks of me going to the police and contacting the cultural attache in Ottawa I was mailed a letter terminating me.

SW: On what grounds?

IW: There was just a letter saying they were given orders from the Ministry of Higher Education in Riyadh and thus I owed them $200,000.

When all this happened I went to the Human Rights Commission, went to the police; it was such a big mess. I filed a complaint to the Saudi cultural attache here; because the police dropped my case and because the man was let go, my case got dismissed. The Human Rights Commission tried to contact the Saudi attache and they got hung up on. Eventually they stopped answering any of their phone calls.

My entire case with the HRC was dismissed, around 2009 or 2010, and I moved on with my life. Then, this year, I got a call from the police telling me that the man who assaulted me has applied for a visa to re-enter Canada. They asked, “Do you want us to proceed with your case and press charges?” They said, “You don’t have to, but we felt that we should contact you.” I said yes, of course. So he was arrested, but because of the fact that no charges were ever brought up against him they had to let him go, so he went back to Saudi, he has a Canadian lawyer here, and we have court dates set for January where he’s supposed to show up. He’s already pled not guilty.

SW: At what point did you begin to identify as an atheist?

IW: I called myself a closet atheist for a long time––ever since I was beaten to pray. I was like 10. Being forced into everything, it’s too much. They push and push and there’s no choice. You can’t say no, I don’t want this, this is not me. 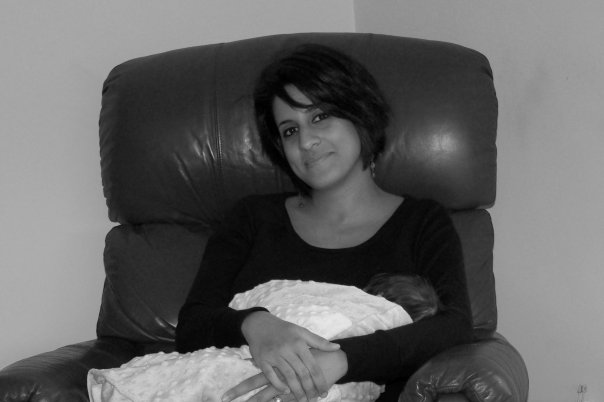 SW: Did you meet people who were also angry or questioning, or did no one talk about it?

IW: The brainwashing is there. Unfortunately a lot of it is women, because they’re so controlled by men––they aren’t allowed to travel. Their world is what’s being taught to them. I have seen an incredible number of Saudi atheists who are very vocal and loud on Twitter, but they cannot mention their real names. The punishment by law is immediate death.

The younger population doesn’t like this situation––they’re educated, they travel, they’re pushing. The biggest push in the majority of the developed world is the separation of religion from law, from society, the separation of religion, period. But we’re talking about Saudi Arabia. It controls a lot of oil. I can tell you the U.S. will never challenge anything Saudi does because they depend on their oil.

SW: Do you believe Islam is uniquely hospitable to misogyny?

IW: I was taught the Koran ever since I can remember; there’s the Koran, there’s the prophet’s sayings, the hadith––70 percent of my schooling was religious. It is misogynistic, yes, very anti-woman; a woman is an object. There is a lot of hate and anger: women are filthy, we can’t touch the Koran if we’re bleeding; there is constantly negativity towards women. Add to this the culture, which is a dry, harsh, very traditional Bedouin culture. It’s catastrophic. The results are severely damaging, not even just for women: child abuse, animal abuse. We had dogs where I lived and it was a villa and we had walls around our villa. Our dogs would bark when the prayer call began, because it was loud, and the police would start throwing rocks over the wall, not even knowing who they’re hitting, trying to kill our dogs. I was frequently playing in the yard at the time!

SW: Though you’ve had massive support on social media, you’ve said your family has disowned you. Will you ever return to Saudi?

IW: I can pretty much guarantee you I’m not only blacklisted but the minute I step foot in Saudi they will kill me. I never got an agreement from the Saudis to marry my husband; I publicly have denounced Islam. And even if I could… I think I’m done.

SW: Have other oppressed women reached out to you since you began sharing your story?

IW: Most of these women are under a significant amount of fear and I cannot mention names, but I have spoken to, helped, guided many––I call myself the quiet helper because I’m not very loud about it but they know who I am and they know when to contact me. My work is ahead of me. This is what I want to do for the rest of my life.

One thought on ““My Work Is ahead of Me”: a conversation with ex-Muslim activist Iman Willoughby”