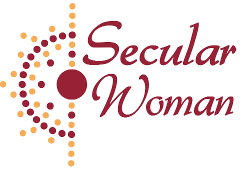 We recognize this statement may seem a bit late. And that assessment would be correct – it is, in fact, late. In the last few days, we have used our Facebook page to boost other organizations more directly involved with the response in the aftermath of the brutal and unjust murders of George Floyd, Breonna Taylor, and Ahmaud Arbery. But we are committed to anti-racism, including the fight against anti-Blackness, and part of this commitment involves using our own voices, using every avenue possible, alongside those who are already affected by and doing this work.

These three names are only the latest high-profile ones in a long line of Black people and entire Black communities that have been subjected to state and social violence in this country. It shouldn’t escape us that many of the murders these protests are attempting to address were not carried out by law enforcement at all, but by civilians. These civilians took it upon themselves to exert potentially fatal force to defend their community from its own members, because they did not consider these Black folks in their community to be truly part of their community.

Even in just the past few weeks, we have witnessed civilian violence being attempted by Amy Cooper, a white woman who simply did not like being told by a Black man in a public space to follow a rule meant for the safety of its patrons. She attempted to use a proxy to carry out retributive violence, in the form of a fabricated call to the police. Ahmaud Arbery was also not killed by an officer on duty, but a retired one. The retired officer chased him down in his car with his son, who is also not part of law enforcement, before killing Arbery extrajudicially.

Though we must and do condemn police brutality, it is not enough. We must go further to condemn the police brutality and civilian brutality that Black people in the US and around the world are subjected to and targeted with, especially those who are poor or working class. We must also condemn the strong undercurrent of casual anti-Blackness that runs through our society, that comprises the platform of covert violence on which this overt violence can stand, that allows this community to repeatedly be subjected to insult in addition to injury, that permits many in our society to view brutality against Black folks as more palatable and less egregious than they otherwise would.

We should also not neglect the fact that Black women are frequently forgotten in efforts around combating police brutality. The truth is that Black women are also disproportionately targeted in our society for this kind of violence, which frequently starts early, as Black children are disproportionately policed in schools and outside them, and continues unabated throughout their lives. Nor should we neglect Black LGBTQ+ people, who face heightened risk of violence, limited access to resources, and additional indignities when the violence targeting them is publicized.

In the fight for justice, we must love good more than we hate evil. It is not enough to simply condemn police brutality. It is not enough to decry these instances of overt violence while continuing to neglect this platform of covert violence that acts as its base. We cannot simply lobby to condemn perpetrators – we must also uplift their victims, and we must ensure that there are no more victims. In order to truly counter the poison that permeates our ways of life as they currently exist, we must sustain our efforts towards dismantling these systems as a way of life rather than a set of isolated instances of action, and we must do it wherever and everywhere we are.

As part of our responsibility in dismantling the systems of oppression that uphold anti-Blackness at their center, we are renewing our commitment to not only amplify the voices of Black and other women of color, but also lend our own voices in service of their struggles in the anti-Black, cisheteronormative society we live in. This responsibility requires us to acknowledge the fact that Secular Woman currently has a mostly white board. As we are also in the middle of a board member search, we believe this is the right time to both interrogate and redouble our efforts to have a diverse board that is also knowledgeable about and responsive to the complex realities that multiply marginalized women, particularly Black women, must face.

View all posts by Stephanie Zvan