Secular Woman is incredibly pleased and excited to announce the start of a new project that will add to the growing number of incredible voices writing on issues of concern to secular women, and that project is the Secular Woman Salon! The Salon is a new outlet on our website for the latest in opinion, think pieces, and news for secular women, as well as anyone interested in advancing the cause of social justice with a secular lens.

Through this project we hope to, quite literally, advance our mission of amplifying the voices of secular women by establishing a dedicated space where the causes, issues, and thoughts of such women will be foregrounded. Here you can expect to find articles, opinions, and discussions with an intersectional, feminist sensibility that are nuanced, intelligent, and sometimes angry. In this space we’ll be working to ensure that the voices and issues of import to women and other marginalized groups are front and center.

To ensure this we have put together a salon that is comprised of a fantastic group of writers who are as excited to be participating in this new endeavor as we are to have them. They come from a wide array of backgrounds with many interests and areas of expertise, and we couldn’t be more pleased that they have chosen to join us!

Without further ado, please peruse their bios below, and check out our first articles that have been published!

Iris Vander Pluym is an artist, activist and writer based in New York City. Raised to believe Nice Girls™ never discuss religion, sex or politics, it turns out those are pretty much the only topics she ever wants to talk about. A self-described “unapologetic, godless, feminist lefty,” Ms. Vander Pluym blogs at Perry Street Palace; she is also a regular columnist at The Political Junkies for Progressive Democracy, a contributor to Worldwide Hippies/Citizen Journalists Exchange and an occasional guest poster at Pharyngula, The Greanville Post and elsewhere. Follow her on Facebook, or @irisvanderpluym.

E.A. Higgins is a freelance writer from Los Angeles, California. A published ethnographer and graduate student studying Geography, she researches religion across the globe and the impacts it has on people and the planet. She enjoys writing about issues relating to women, humanism, secularism, and in her free time enjoys traveling, painting, and spending time with her boyfriend and her dog. Follow her on twitter or instagram (Darthlyzzious).

Marina Martinez lives in Portland, Oregon with her boyfriend, Ben, her dog, Pepper, and her cat, Medusa. She enjoys being fat, being loud, long walks on the beach, and general awesomeness. You can find her on Twitter @marinaisgo, on Facebook, or by email at marinarosemartinez (at) gmail (dot) com.

Autumn Reinhardt Simpson is a librarian, activist and writer originally from Kennewick, Washington.  She received her Master of Library and Information Science with a concentration in Archival Studies from the University of Wisconsin-Milwaukee in 2008.

She spends all of her hard earned peanuts on travel to the U.K. and unnecessary fabric purchases in pursuit of the perfect warrior-inspired fashion. Autumn is the founder and organizer of Richmond (VA) Clinic Defense and delights in being a secular thorn in the side of the local authorities. She is currently at work on both a memoir as well as a book of essays in addition to the odd article.

She appreciates sewing, knitting and all things involving needles (except heroin), Katha Pollitt, travel and female warriors. When not sewing, she can be found pumping iron at the local YMCA.

Sara affectionately refers to herself as a “millennial on a mission.” This mission? Creating a safer world for everyone, particularly women and non-religious folks in all the vast corners of the earth. Sara truly believes that education and cultural awareness will pave the way for tolerance, a virtue desperately needed in these extremely difficult and tumultuous times. Currently earning her Master’s degree in public policy, Sara fights relentlessly for women’s rights and separation of church and state on a policy level by regularly speaking out and lobbying on behalf of these causes. She has written for and worked with several organizations; a monthly columnist for Sacramento Reason and a weekly writer for The Humanist, she hopes to reach an even wider audience through Secular Woman, telling stories, sharing knowledge, and contributing to the growth of the secular women’s movement.

Karolina Lewis is a student of environmental sociology and social theory who writes about theory and practice of social issues such as feminism, environmental justice, mental health, and secularism/skepticism. She formerly blogged at Jadehawk’s Blog. 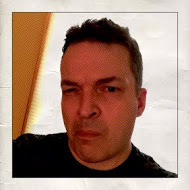 Much to his dismay, Major Mike Mansplainer is a fictional character, dredged up from deep within the lizard brain of Michael X.  As for the pseudonymous Michael X, he is a middle-aged suburban dad who writes and co-hosts a podcast for Secular Nation Magazine.  Tweet @Dofang for Michael X, and @MajMansplainer for his evil twin.

Corrina Allen has been an educator in Central New York for the last decade and is the founder and president of the CNY Humanist Association. She lives with her book reviewer husband and their two young daughters in a house overflowing with books. She loves to dabble in all things creative – from drawing, crocheting, and designing mosaics to dancing in a jazz ensemble. You can find her on Instagram or Twitter @corrinaaallen.

M. A. Melby was born on a farm in rural Minnesota.  She studied physics and music as an undergraduate and applied physics and computer music composition at the graduate level.  After teaching college level integrated science in Flint, Michigan for seven years, she accepted a position teaching physics within a health sciences program in Minnesota.

During her college years, she was highly involved in student government and served as the Minnesota State University Student Association Cultural Diversity Representative from her campus.  She currently blogs at sinmantyx.wordpress.com and is a contributor at Transadvocate. She is active on twitter and serves as a Block Bot admin; frequently documenting online abuse. She was the lead author of the change.org petition presented by Secular Woman, asking the Southern Poverty Law Center to list Gender Identity Watch as a hate group.

Elsa is currently a graduate student, pursuing a M.S. in Rhetoric and Technical Communication, but her real calling is to perpetual activism and teaching. She is frequently distracted by planning actions, attending meetings, and fighting people who are wrong on the internet. Her passions are typically aroused by thoughtless city planning for pedestrians and cyclists, casual sexism, poorly constructed arguments, and being told to “chill” about inequality. She is the current Vice President of Secular Woman (and heading the Salon project) and can be found tweeting wildly about a variety of subjects @elsalroberts.

View all posts by Elsa Roberts